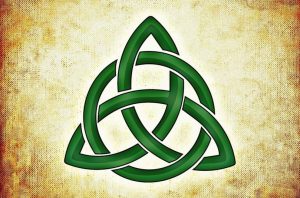 My publisher asked me to write a blog post about St Patrick’s day as I remembered it in Ireland. It includes one of my favourite stories about being a newcomer to the US. You can read it on the Forge Reads blog, or scroll down.

When I was a lad, growing up in the Republic and the North of Ireland during the 80s, St. Patrick’s Day was almost a non-event. It was a saint’s day, which meant you went to church if that was your thing, and if not, you just went about your business as usual. There were no parades, no all-day drinking, no corned beef and cabbage, no wearin’ o’ the green or any of that malarkey.

So you can imagine my surprise when I moved to New York City. I worked in a building on Madison Avenue, in an office that overlooked St. Patrick’s Cathedral, and I remember one clear, cold day in March being surprised by the sound of bagpipes. When I peered out of the window at Fifth Avenue, I saw a phalanx of police horses. Back then, mounted cops were firmly associated in my mind with soccer match crowd control, so it wasn’t until I saw a cluster of pompous-looking men in green bowler hats that I realized what day it was.

“Plastic Oirish,” I told my companion. “Pissed as a pair of Galway priests. They’ll be down on the train from Poughkeepsie or wherever, no doubt, telling everyone how their great grandfathers were off the boat from Kerry.”
We closed in on the pair, who had preserved their modesty with a pair of New York Jets workout towels and some bits of string. They had stopped fighting and were now abusing each other, loudly. They were impossible to comprehend. At first I thought this was because they were so drunk. Then I realized it was because their accents were so thick. Irish accents. North Dublin accents, to be precise. We got talking, and it was with a very red face that I learned that these lads weren’t even immigrants. They were students, come across on a cheap Aer Lingus special to sample the delights of a real St. Patrick’s celebration, the like of which was not available in Ireland at the time. Needless to say I had to cover my embarrassment by taking us all for a pint.

That was then, and this is now, and today there’s no need for Dublin students to fly across the Atlantic for a proper saint’s day session because St. Patrick’s celebrations in Ireland knock those in America into a cocked hat. Chicago has its green river, New York has its huge parade, but in Dublin St. Patrick’s is no longer a day. It’s an entire festival, as many as five days long, with dancing, singing, art displays, hurling contests, rugby matches, road races, food stalls, cooking competitions, live music and literature.

On St. Patrick’s Day in Dublin, it can feel as though the entire population of the city is wearing green. The streets of the center of town throng with people clutching pints and clad in risqué and/or ridiculous costumes in various shades of emerald. You’ll probably find entire battalions of young lads covered in green body paint and wearing Jets towels. In 1994, though, you’d have seen nothing of the kind. Back then, the North of Ireland was still in the grip of the Troubles, the Republic was in the doldrums and Dublin wasn’t much of a place to party. Still, a few enterprising city officials who had visited America were glancing over the Atlantic and wondering whether it might be possible to replicate the massive (and massively profitable) New York or Chicago St. Patrick’s Day parades in the saint’s adoptive land (he was born in Scotland).

A campaign began and a festival was born. It was an immediate success, spurred by the end of the Troubles and a growth spurt in the Celtic Tiger economy. Today the Dublin St. Patrick’s Festival attracts more than a million people and has spawned a whole brood of mini-events throughout Ireland, with each individual town offering its own kind of saint’s day craic.

Observing the enthusiasm with which the Irish turn out (and turn up) for their saint’s day today, it’s hard to believe that they didn’t celebrate it much before 1994. The truth is that there have been St. Patrick’s Day parades and such in the past in Ireland, but they started late and were muted by religion, the law and sectarian tensions. The city of Waterford held Ireland’s first St. Patrick’s Day parade in 1903, after the 17th of March was designated a national holiday. Dublin didn’t follow suit until it held its first parade in 1931. And these were generally short, sober affairs. The church preferred people to celebrate their patron saint on their knees at mass, and lawmakers appeared to concur: pubs were closed by law on March 17th until the 1970s, and stores were banned from selling alcohol of any kind on the day between 1927 and 1961.

America is often unfairly thought of as a young country without much history, that borrows its traditions from its forebears. In the case of St. Patrick’s Day, the reverse is true. The first recorded St. Patrick’s Day parade took place not in Ireland but in America, 300 years before the burghers of Waterford got their act together. The year was 1601, and the marchers were Irish members of the Spanish colony in St. Augustine, Florida. The man who organized the celebration and the march was the Irish vicar of the colony. It was the start of a tradition that has lasted more than four centuries: Irish immigrants to America, rallying on their saint’s day as a way to build community.

Unlike in Ireland, these observances have not been spoiled by tension between Catholics and protestants over the years. New York’s first St. Patrick’s Day celebration was held in 1762 in the home of John Marshall, an Irish protestant. The first recorded parade in New York was a British Army affair, held in 1766 by Irish soldiers who would have been both protestant and Catholic. The men and women who came over from Ireland in the mid-to-late 1800s were overwhelmingly Catholic, but they were happy enough to march alongside their protestant countryfolk – in reassuringly large numbers, of course.

St. Patrick’s Day parades started as a way for the Irish-Americans to build community, but they eventually became a way for them to show their political muscle. When the Irish first started coming across the Atlantic after the Revolutionary war, they were vilified and spurned. But demographics worked in their favour, and within a century, the Irish had come to dominate the big industrial cities of Boston, New York and Chicago. The size of the parades in those cities reflected the extent of Irish political and economic power, culminating in the decision in 1961 – unimaginable a century before – to dye the Chicago River emerald green.

Small wonder that these great St. Patrick’s Day parades inspired those Dublin City officials in 1994. All of which goes to say that if you’re an American in Ireland on the day itself, you’re well within your rights to suggest that the fella at the bar there stand you a pint. After all, were it not for you Yanks Ireland wouldn’t have a St. Patrick’s Festival in the first place: it was your lot showed the rest of us the way.

This website uses cookies to improve your experience while you navigate through the website. Out of these, the cookies that are categorized as necessary are stored on your browser as they are essential for the working of basic functionalities of the website. We also use third-party cookies that help us analyze and understand how you use this website. These cookies will be stored in your browser only with your consent. You also have the option to opt-out of these cookies. But opting out of some of these cookies may affect your browsing experience.
Necessary Always Enabled
Necessary cookies are absolutely essential for the website to function properly. This category only includes cookies that ensures basic functionalities and security features of the website. These cookies do not store any personal information.
Non-necessary
Any cookies that may not be particularly necessary for the website to function and is used specifically to collect user personal data via analytics, ads, other embedded contents are termed as non-necessary cookies. It is mandatory to procure user consent prior to running these cookies on your website.
SAVE & ACCEPT
2018 – a wild and crazy rideUncategorized
The First American Psychos?Articles, books, Case Study, Education, history, Murder, Non-fiction, Uncategorized, writing, Writing